With cremation being the most popular choice for all Australians, this page has been designed to educate and help you understand some of the history and science behind cremation. Here you will also find behind the scenes images and technical information.

Cremation is not new, with historians proving the earliest cremation during caveman times.

Over centuries the process has been condemned and praised.

The earliest conception of cremation arose out of people’s regard for the “sacred flame” and their belief in its great purifying power.

Bodies were cremated to protect them from wild beasts, evil spirits, and mutilation by the enemy in war.

The funeral pyre, consisting merely of a heap of wood upon which a body was placed, was the accepted means of cremation in those days. As time passed, these pyres became increasingly elaborate and bigger, in recognition of the deceased person’s status and to ensure complete reduction of the body. They were built in the style of an altar, often with sweet-smelling gums added, and branches of cypress, the emblem of mourning. When all was ready, the uncoffined body was placed atop the pyre, and the chief mourner lit the pyre with a torch.

The sanitary aspect of cremation has been wisely stressed. While offering economy, it also inspires reverence, and beauty in the ensuing memorial. 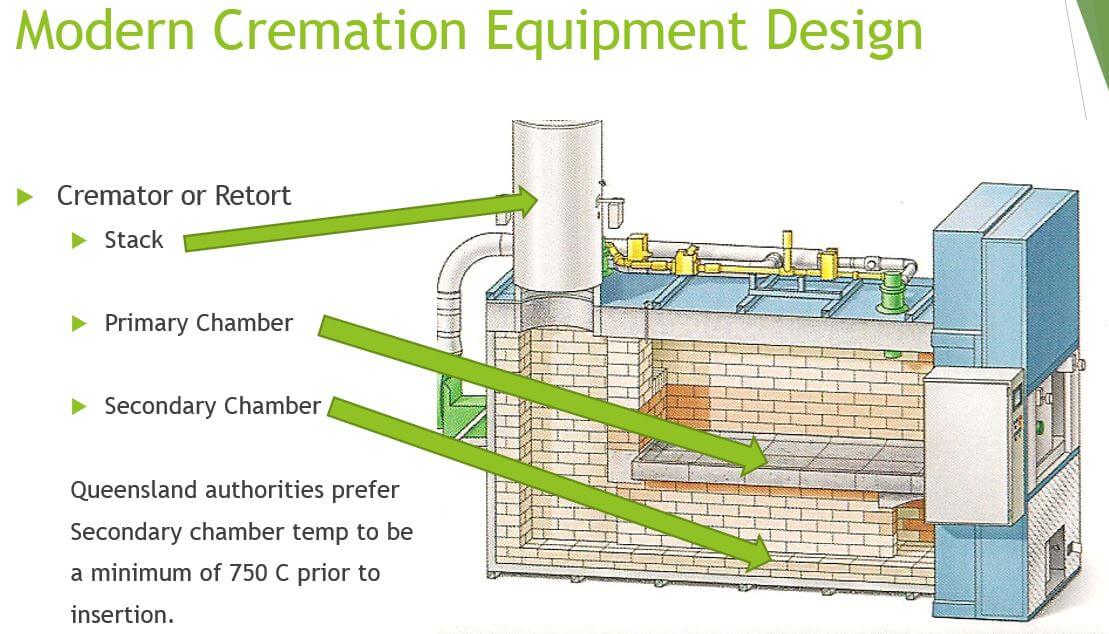 In recent times, there has been movement towards cardboard and wicker coffins.

From an environmental point of view this is not necessarily a good thing.

Contradicting the green push, the timber coffin historically has formed part of the fuel for the cremation.

A cardboard coffin will burn away within seconds and as false economy the equipment will require more fuel to maintain the optimum operating temperature.

When cremating cardboard, the fly ash can potentially remain as ash and it will not be entirely burned and large amounts of paper ash residue may remain at the processing stage.

Worse still the fly ash can potentially block air paths in the after chamber reducing performance of equipment.

The quick ignition also creates danger for the operator as the cardboard is often on fire before the coffin is inserted into the cremator.

Over the last few decades industry research and consumer studies have shown there is a genuine concern for the environment when it comes to the disposition of our dead, whether by cremati

on or burial. The use of land for burial is a major influence for those that choose cremation over burial.

Local authorities are not very well informed and usually reject applications for crematoriums on emotional feelings of neighbours and not genuine scientific principals.

As operators of cremation equipment we have a responsibility to our neighbours, authorities and the environment to be well informed and to operate our equipment in the most efficient and environmentally responsible way.

The modern cremation process incinerates and controls the products of combustion. Cremators are designed to provide efficient, safe and effective control of the products and emissions of the combustion process.

Combustion is the act of burning and involves a chemical reaction in which oxygen is rapidly combined with fuel giving off heat.

The gases produced during combustion are generally;

Believe it or not, females cremate hotter than males, which is due particularly to the makeup of the human body. Obviously females have different parts than males and the physical frame of the skeleton is different too.

Human remains in excess of 150kg must be handled carefully in cremation. The most important thing to remember is:

We never cremate large human remains in a hot cremation chamber. The cremation must always be scheduled first of the day.

That’s just how it is! And we’re getting bigger! Have a look at these statistics; 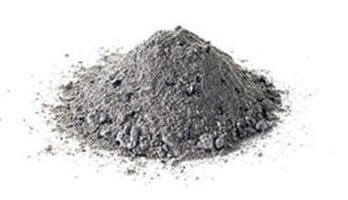 Cremated remains are what is left after the cremation process and are made up of the skeletal remains. After the cremation has completed and the remains have cooled, a magnet is run through the remains to remove all the metal components. Items such as the screws and nails from the coffin, the metal wire from flowers and any metal joints are all put to one side. All the metal that is removed is recycled via Ortho Metals, a global company which recycles this type of by-product world wide. Click here >> to find out more.

Once all metal has been removed the remains are processed into a fine powder and placed into the chosen container or urn. Find out more about urns here>>